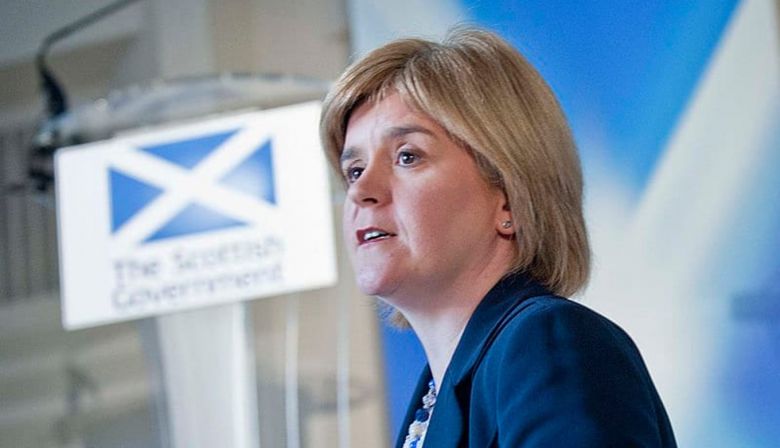 Published on Thursday, the SNP manifesto caught the headlines for free trips to the dentist, pilot schemes for a four-day working week, universal basic income and a new independence referendum ahead of the Scottish Parliament elections on May 6th.

On page 57, Sturgeon’s party laid out its plans for Scotland’s top food export saying that “fish farming is something that Scotland is well placed to do well in”.

But the party, which has been in power for 14 years, added that “it must grow sustainably in harmony with the environment that supports it”.

This could mean that more RAS sites may be on the horizon. “We will support innovation in aquaculture, for example, by exploring the development of closed containment fish production on land,” wrote the SNP. This, combined with shellfish sites, would be “to cut the amount of unsustainably produced fish” being imported to Scotland”.

Sturgeon’s party added that it will seek a “new, single determining authority for farm consents, modeled in the regulatory regime in Norway”.

“We will expect producers to contribute much more to the communities and local economies which support them so we will also explore how a Norwegian style auction system for new farm developments might generate significant income to support inspection and welfare services, provide real community benefit on islands and in remote rural areas and support innovation and enterprise,” wrote the SNP.

On the development of “closed containment fish production”, Scott focused on the success of land-based hatcheries. “Our members have invested hundreds of millions of pounds in land-based closed containment systems to grow salmon to the stage when they can be put to sea. This is the most important phase of the salmon’s development, where most growth happens and Scottish salmon achieves its distinctive flavour,” he said.

“These developments will continue and our members will continue to invest in this technology so that our sector remains at the leading edge of aquaculture worldwide,” added Scott.