Jul 27, 2020
Expected to begin construction years ago, 'generational opportunity' project still on the drawing board 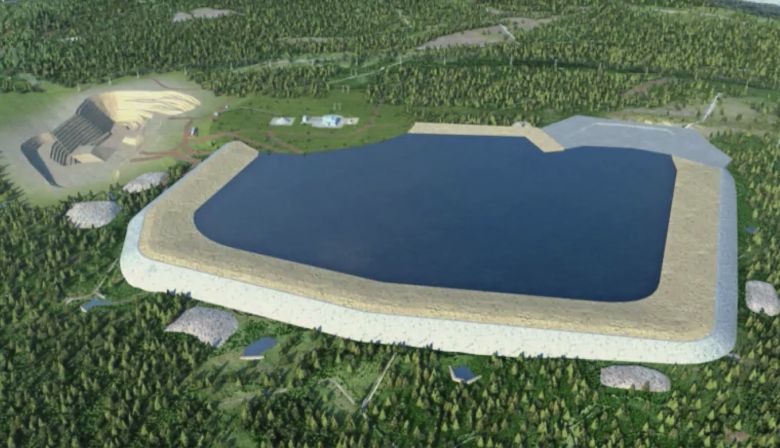 Sisson Mine would impact headwaters of Nashwaak River.
It's been a tough year for Northcliff Resources Ltd., the company behind a long delayed tungsten and molybdenum mine development known as the Sisson project in central New Brunswick.

Its president quit, its stock fell, prices for its minerals have melted and now the company is in danger of failing to meet a requirement of its provincial environmental approval.

"Northcliff has engaged with the province of New Brunswick to extend the deadlines under the provincial EIA (environmental impact assessment) and the process is ongoing," the company said in a quarterly management update for investors filed last month.

Northcliff received conditional environmental approval from the province to build its proposed $579 million mine on a 189-square-kilometre site near Sisson Brook, about 100 kilometres northwest of Fredericton, in December 2015.

But one of those conditions is that construction begin at the site by Dec. 3 of this year, the fifth anniversary of gaining permission.

Not starting by then requires a new provincial environmental application.

"Should commencement not be possible within this time period, the project must be registered under the Environmental Impact Assessment Regulation again, unless otherwise stated by the Minister of Environment and Local Government," said the 2015 approval document about the five year deadline.

Northcliff, which once suggested it could begin construction on the mine as early as 2014, still hasn't and does not expect to by December.

However, it does not want to undertake another lengthy and expensive provincial environmental review.

The province is considering the issue, according to government spokesperson Jean Bertin.

"The Department of Environment and Local Government has received a request for an extension, which is currently being considered by the government and a decision will be made in due time," said Bertin in an email.

Northcliff did not immediately respond to a request for comment about its request for an extension of its environmental approval.

Lois Corbett with the New Brunswick Conservation Council said time limits are common in environmental assessments because of changing environmental conditions and technologies, and its important for First Nations communities and the public to be consulted before any extension is granted.

"It's a pretty standard clause in any environmental impact assessment approval in the world," said Corbett.

"It's important to have everyone involved."

Northcliff believes the mine has a future, but an expiring environmental approval is not the only problem it has encountered this year.

Last month, Northcliff's longtime president Chris Zahovskis resigned from the company on one day's notice without giving reasons or having a successor in place.

A terse, seven-sentence announcement from board chair Marchand Snyman explained little about the circumstances.

"On behalf of the Board of Directors of Northcliff, I would like to thank Chris for his contributions to the Company over the past decade," said the statement from Snyman. "We wish him well in all of his future endeavours."

Northcliff's stock price had closed at a record low three cents per share on the day before Zahovskis left, having lost 86 percent of its value over the last three and a half years

The stock has continued to trade between 2.5 and 3.5 cents since the shakeup at the top.

Sagging international prices for tungsten and molybdenum are also plaguing the development, following what looked like a rally in 2017 and 2018.

As of June, average prices for ore with one per cent tungsten had fallen to $225 US per metric tonne with molybdenum down to $9 US per pound.

Those are between 35 and 40 per cent below mineral prices used in Northcliff's 2013 feasibility study for the mine.

A lower than expected Canadian dollar offsets some of that shortfall, but the collection of conditions needed to proceed have not yet come together.

"The spread of the coronavirus globally is expected to have a material adverse effect on global and regional economies and to continue to negatively impact stock markets, including the trading price of our shares and mineral commodity prices," said the company in last month's filing.

"These adverse effects on the economy, the stock market and our share price could adversely impact our ability to raise capital, with the result that our ability to pursue development of the Sisson Project could be adversely impacted, both through delays and through increased costs. Any of these developments, and others, could have a material adverse effect on our business and results of operations and could delay our plans for development of the Sisson project."