Feb 16, 2021
Criminals have taken advantage of lockdown to plunder some of Scotland’s most famous angling rivers. 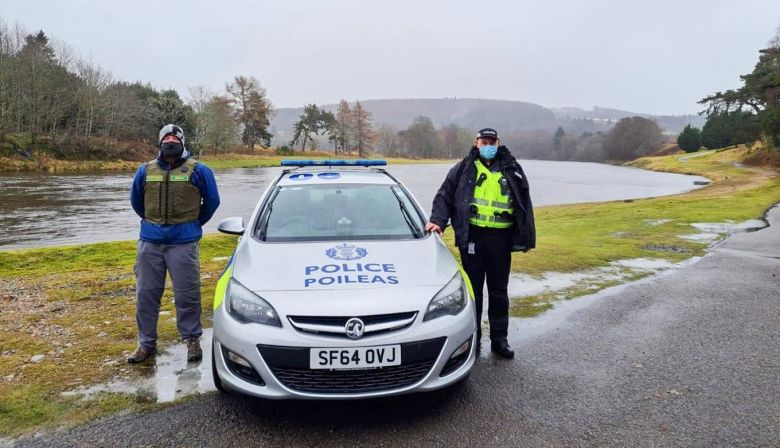 The removal of fish from the rivers could have a significant impact on stock levels, hampering their ability to spawn.

And there have also been warnings that if stocks drop it could damage the local economies that rely on angling.

Salmon poaching the Dee – one of Scotland’s best angling rivers – more than doubled during 2020.

Criminals from across the country are thought to have taken advantage of the quiet of the pandemic to catch fish illegally.

A total of 53 incidents of poaching were recorded by the Dee District Salmon Fishery Board last year, more than twice the annual average – with four people charged.

An increase in illegal fishing incidents was also recorded by the director of the Spey Fishery Board – including one occasion where individuals had driven up from Glasgow to capture Spey salmon.

Lorraine Hawkins, river director of the River Dee fishery board, said the pandemic had significantly reduced the number of people on the banks of Scotland’s rivers – leading poachers to believe they can act openly without being spotted.

She is urging anyone who sees anyone acting suspiciously, be they unfamiliar people near the riverbank, unusual cars parked in strange spots, or any evidence of gangs using nets to capture salmon, to get in touch with their local fishery board.

Ms Hawkins said: “The opportunity has increased because there are just fewer people on the river, such as anglers or ghillies.

“It has been a wide-open river for people who know about poaching to be able to do so.

“The majority of these are rod and line poachers, but sometimes we have issues with a few working together as a group and our biggest concern overall is for the netting gangs that do still exist in Scotland and work on a national basis.

“They target rivers and sweep specific pools and take out all of the fish they catch with very large nets.

“While it doesn’t happen much, it can cause quite a lot of damage and the number of fish they take out, especially at this time of year when there aren’t that many fish available, is really bad for stock levels.”

Roger Knight, director of the Spey Fishery Board, said there has been an increase in illegal activity since the pandemic began.

Not all is deliberate, however, as he said some people have taken up angling as a pastime during lockdown without knowledge of how to do so properly.

“We have had an increase in poaching and illegal fishing events, though the majority would be classed as low level,” Mr Knight.

“The lockdown last year saw a significant rise in people taking up angling, which is great news, but with that there was an inherent a lack of awareness of the rules and that fishing on the Spey requires permits and leases.

“We had a couple of arrests during the season from people fishing illegally, including one which involved people travelling from Glasgow.”

Mr Knight said poachers were having a significantly adverse impact on stocks on important rivers.

“Atlantic Salmon are considered by many to be in crisis in terms of their stock levels,” he said.

“If we look back to the mid 1980s, the numbers of Atlantic salmon were estimated to be at about 10 million.

“They are now considered to be at around two-and-a-half to three million – and the number of fish returning to rivers has been declining for a number of years.

“We have a successful catch and release policy so that fish can go on to spawn, whereas poachers are removing the fish and their ability to reproduce.”

“Poaching also has a big impact on local economies, as if they’re taken illegally, then there’s fewer fish that could be caught by anglers who are paying to stay in Speyside and benefit local businesses.”

Anyone concerned about poaching incidents can phone their local fishery board or the police on 101.