Jun 15, 2020
One of Britain's longest rivers is suffering an "ecological disaster" because of a boom in demand for free-range eggs. 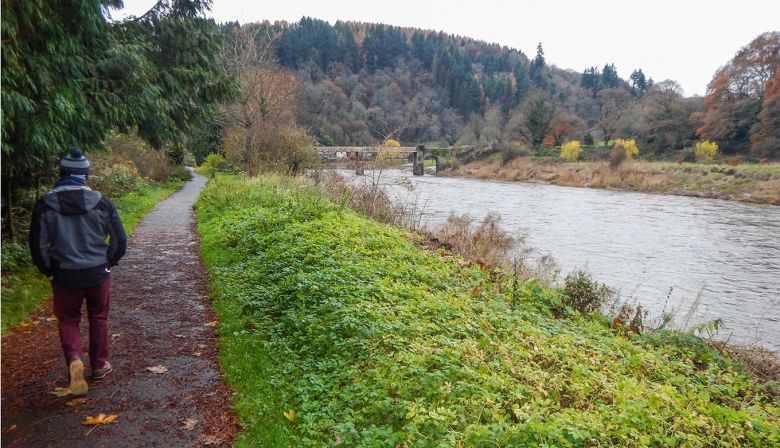 The Wye River flows through the England and Wales borderlands, and in its upper part through the centre of Wales. Martin Silverstone/ASF
Environment groups warn the River Wye, which runs through Monmouthshire, is being turned into green sludge due to free-range chicken farms on the riverbanks.

Ten million hens have been moved into farms over the past decade next to the 134-mile long river running from mid-Wales along the English border into the Severn Estuary.

Conservationists believe manure from the birds has caused a boost in algae in the water - turning it green.

Simon Evans, chief executive of the Wye and Usk Foundation, called for action "to protect the river from the nation’s desire to eat more free range eggs."

Mr Evans said: “The result is a river, once voted the UK’s favourite, turning a putrid green every summer and having its ecology destroyed."

Fears have now been raised over the severe algae blooms that stop sunlight getting to the plants and fish underneath on Britain's fifth-longest river.

The green layer can also reduce oxygen in the water at night - which can kill fish such as Atlantic salmon, barbel and brown trout.

The River Wye sits in an Area of Outstanding Natural Beauty but is now failing its permitted levels of phosphate under the EU Habitats Directive.

It has fallen victim to "intense and prolonged" algae blooms near Monmouth over the past four years.

Mr Evans, chief executive of the Wye and Usk Foundation, said: “The ecological deterioration of the Welsh Wye continues.

"Both Powys County Council and Natural Resources Wales have a legal responsibility to protect Special Areas of Conservation like the Wye, but apparently have been unwilling to use the existing laws to protect the river from the nation’s desire to eat more free range eggs."

Salmon angler Maurice Hudson has fished in the river for over 70 years.

He said: “In the last six years I have noticed a deterioration in the river’s health.

"The part of the river where I fish was always best in low water levels in the spring and summer.

"Now the river is thick with algae at these times meaning it is impossible to fish. You can’t even find small creatures in the shallows like bullhead anymore.”