Put It On A Map 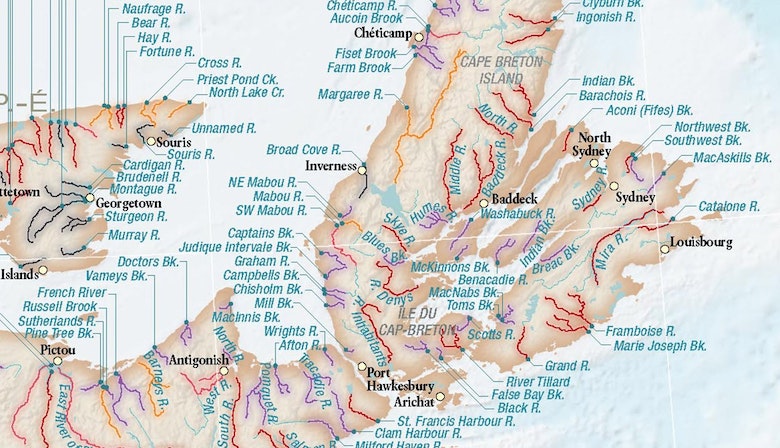 The map traces more than 1,100 rivers, assigning each a unique conservation status, a first for North American wild Atlantic salmon.
When Chris Brackley attends the annual meeting of the Canadian Cartographic Association, the room is full of people, but in a way he’s all alone. The lead mapmaker and founder of As the Crow Flies Cartography is the only person in Canada who does what he does—creating custom designed maps from raw geographic data that tell a rich, public story about our natural world.

“I would hope that at something like the Canadian Cartographic Association, I would meet people who do what I do, but I haven’t,” remarks Brackley. The people there, he says, are academic researchers and government officials, not story-telling mapmakers.

So when ASF staff decided to mark the 2019 International Year of the Salmon with a new map of North American salmon rivers, a Google search turned up just one potential contractor up to the task. And even for Brackley, who started his Ontario-based company 20-years ago by hand-drawing maps, the assignment proved one of his “top five toughest” jobs.

The cartographic world has moved away from boots-on-the-ground surveys and fine pencil sketches to computer-based geographic information systems known as GIS. “GIS is really points, lines, and areas,” says Brackley. For the salmon rivers of North America, the only data available from governments and old ASF sources was points. 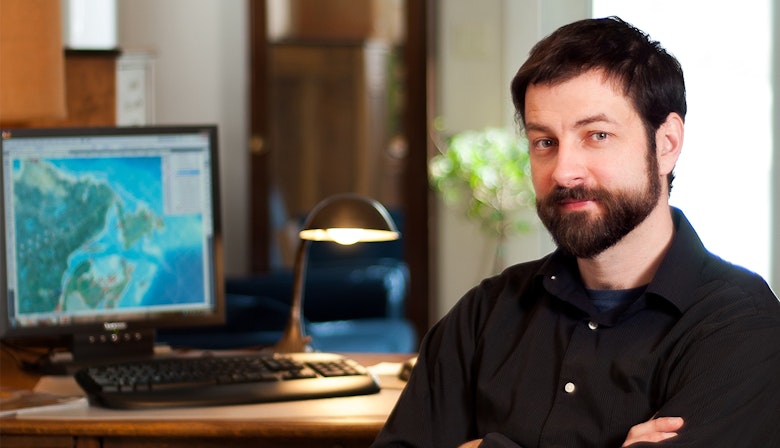 Cartographer Chris Brackley calls the new map of North American salmon rivers on of the "top five toughest" projects he's ever worked on.
That’s fine if you’re mapping cities or landmarks, but rivers are snaking natural features that stretch hundreds of kilometers through the landscape. “We needed to go from static latitude and longitude, which wasn’t even entirely accurate, and build a GIS database to make this work,” explains Brackley.

Months of work turning tabular data into something usable, was confounded by our ancestors’ lack of originality when it came to naming rivers. For example, there are 12 Northwest Rivers or Northwest Brooks on the island of Newfoundland and 9 rivers named ‘Salmon’ in Nova Scotia. “Don’t think I ever cursed an Atlantic Canadian when I was making this map,” says Brackley.

With the data set finally built, using the threat status assigned to every river by the North Atlantic Salmon Conservation Orga­nization, Brackley started to literally put the story of salmon on the map.

Right away patterns emerged. Clusters of ‘lost’ or ‘high risk’ rivers appeared around aquaculture sites. Healthy streams were concentrated in the north, and the majority of the 1,084 rivers turned out to be ‘unknown’, meaning the health of runs are anyone’s guess.

Brackley hopes the map will inspire people to go explore, and make viewers aware that wild Atlantic salmon need our help. From the data creation through to the final design, he calls it a "novel on novel process." 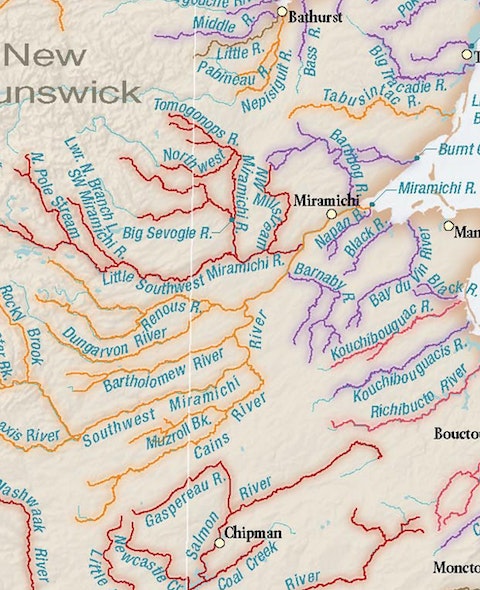