After centuries of dam and road building, it was estimated that 92% of the habitat in Maine once used by wild Atlantic salmon and 10 other species of sea-run fish was blocked. The Penobscot River, home to the last sustained run of wild Atlantic salmon in the United States, was no exception. 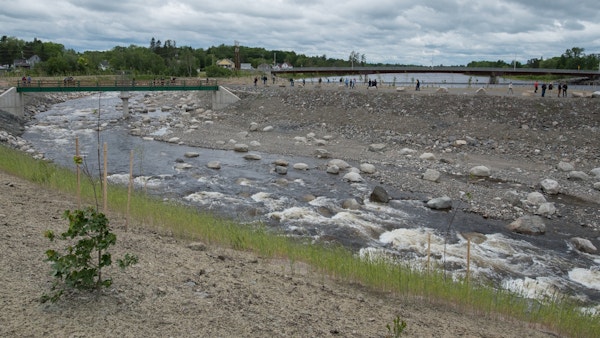 Through negotiations with government agencies and hydroelectric companies, the partners in the Penobscot River Restoration Project removed two large dams and constructed a 320-meter (1,000 foot) artificial river around a third. Since then, river herring numbers have exploded, American shad, sturgeon, and striped bass have returned, and wild Atlantic salmon populations are increasing. 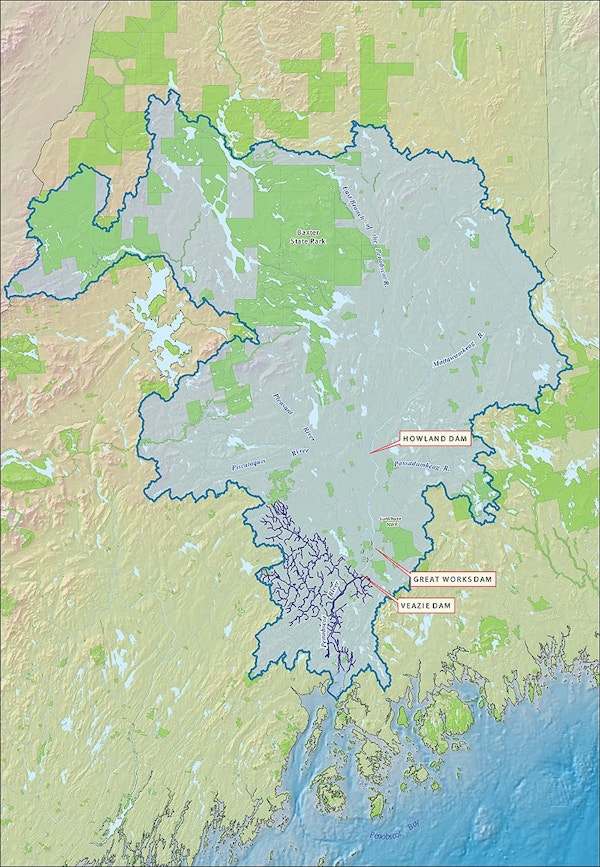 Following the removal of the Great Works Dam (2012), Veazie Dam (2013) and, and the construction of a bypass around the Howland Dam (2016), the Penobscot River Restoration Project opened up more than 2,000 miles of habitat to sea-run fish like Atlantic salmon.

Through the 1970s and 1980s, rivers along Nova Scotia’s Atlantic coast were severely damaged by acid rain, decreasing Atlantic salmon survival by up to 90%.

In 2006, faced with the prospect of wide-spread extinction, the Nova Scotia Salmon Association, supported by ASF and other partners, began adding lime to the West River near Sheet Harbour. The river responded, and juvenile Atlantic salmon counts have since tripled in treated areas. In 2018, a second lime doser was added and it’s anticipated that adult returns will continue to increase in coming years. Under the leadership of the Nova Scotia salmon association, the West River project has become an internationally-recognized demonstration site for acid rain remediation. In addition to large-scale projects, the Atlantic Salmon Federation does small-scale restoration work through our Maine Headwaters Program. In partnership with a wide variety of agencies, NGOs, and foundations, our goal is to restore access to spawning habitat for Atlantic salmon and other migratory fish species.
East Branch Connectivity

Home to one of seven critically endangered populations of wild Atlantic salmon in the Gulf of Maine, the Sheepscot River is now the focus of our recovery efforts. In July 2018, we successfully removed the Cooper Mills dam in Whitfield, the first of four major projects planned for the Sheepscot River. The others are:

Located in the town of Alna, a section of this dam will be removed, restoring fish passage while respecting a historic covenant that prevents complete removal.

A modern fish passage will be constructed to restore access for migratory fish to the 320-acre pond between the town of Palermo and China.

Working with legislators and local communities, we intend to restore fish passage which is currently blocked by at this state-owned dam.