Lee Wulff and River of Ponds

Jan 7, 2021
Between the PondsLee Wulff's four articles in the Atlantic Salmon Journal detailing his adventures in northwest Newfoundland from the 1930s to the 1950s. 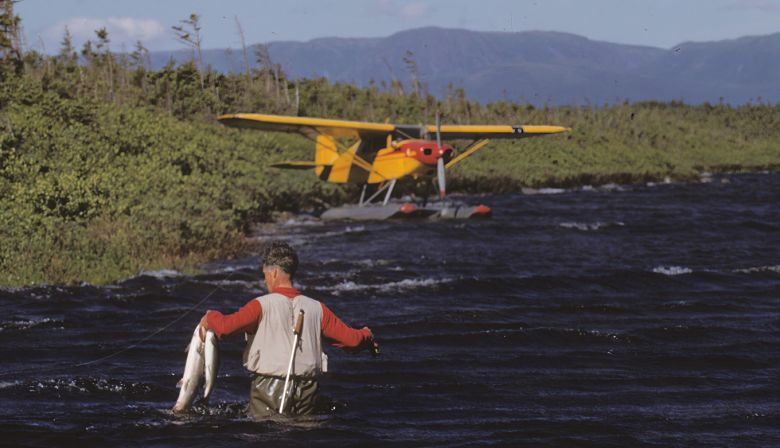 Four articles by Lee Wulff on the River of Ponds

In the late 1980s, Lee Wulff wrote a series of first-hand accounts of his explorations of River of Ponds and nearby areas, published in the Atlantic Salmon Journal.

While he began his Atlantic salmon angling there with steamship journeys, during WW2 he flew in a Grumman Goose, as a guide for 5-star General Hap Arnold. Then after WW2 he purchased a J3 Piper Cub on floats, and eventually built several camps in the area for guests.

Click on the links below for the four articles.
A River I've Loved - Part 1 of 4
Lee Wulff sets the stage and talks about his discovery of the great Atlantic salmon angling to be had.
Click here

Between the Ponds - Part 2 of 4
During WW2 Lee Wulff acted as a guide to General Hap Arnold, known as the Father of the U.S. Air Force. But not everything went according to plan.
Click here

Over the Ponds - Part 3 of 4
Lee Wulff purchased a J3 Piper Cub, and found a new freedom in exploring the lakes and rivers of western Newfoundland.
Click here

Farewell to the Ponds - Part 4 of 4
In the 1950s Lee Wulff had camps built and spent many summers with the Atlantic salmon in the River of Ponds area. Other commitments led to his leaving the area eventually.
Click here